Most of us take it for granted that clean water comes out of the taps.

However, if the Flint, Michigan crisis taught us anything, it is that our water supply is much more vulnerable than we thought.

A simple way that you can ensure your family’s safety is by testing your home water.

There are generally two types of testing kit:

Firstly let’s take a look at some of the better kits on the market and then we’ll go into why you might want to test your home water supply.

There are a lot of home water testing kits you can buy.  These vary drastically in what they offer.  The cheap water tests will only test for a few potential contaminants.

The best home water tests can detect hundreds of contaminants and give you exact levels.

This is a newer home water testing kit.  It was designed to give consumers detailed information that usually only scientists would have access to. 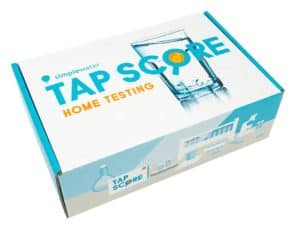 If you want real information beyond what a standard Consumer Confidence Report provides, this is the water test for you.

Tap Score is incredibly easy to use: just fill the two provided vials with water.  Then you mail these to a lab.

There are different options for tests.  Even the “Essential” test looks for 40 parameters.  The “Advanced” tests look for 127 parameters.  You can pay for additional add-ons, like for specific types of bacteria testing.

One nice thing about Tap Score is that they give you information about steps to take in event that your water is contaminated.  You’ll get unbiased advice on ways to make your water safe to drink.

This is one of the most popular drinking water tests available, mostly because it is incredibly cheap.

It only checks for 7 parameters (bacteria, lead, pesticides, nitrates/nitrites, chlorine, hardness, and pH). However, these are some of the most important contaminants to test for, especially if you have well water.

This test isn’t nearly as nearly as good as the one offered by Tap Score.  However, it is more affordable and gives you results almost immediately.  The only results you have to wait for are the bacteria tests, which take 48 hours.

Note that the kit only tests one water sample.  If you want to test water from multiple sources, then you’ll need to buy more than one kit.

Why Test Your Home Water?

If you have a private well, then you are probably already used to some sort of regular water testing.  However, the majority of us (86% of Americans) rely on the municipality for their water. (1)

Even if you completely trust the municipality to deliver safe water, there are still ways that your water could become tainted. Contaminants could come from old pipes or fixtures, not just from the water source.

According to a Penn State report, approximately 50% of private water systems fail at least one drinking water standard.

This is especially concerning because about half of private water systems have never even been tested. That means many people are consuming harmful contaminants without even knowing.

There are a lot of ways that contaminants can get into private wells:

One of the biggest issues with municipal water systems is lead contamination.  Even though lead pipes were banned in 1986, there are still upwards of 10 million homes in the USA with lead pipes.

Even newer copper pipes can cause water contamination, so newer homes aren’t immune to water problems either.

What about contaminants from the source water itself?

Municipal water is generally trusted as “safe” because it gets tested.  The results of these tests are issued, usually every July, in what’s called a Consumer Confidence Report (CCR).  But it’s debatable whether to trust CCR reports… (2)

Any water system that serves at least 25 people must meet federal Safe Drinking Water Act standards.  The water must be tested and consumers must be provided with a Consumer Confidence Report.

Unfortunately, the CCR only tests for about 100 regulated contaminants found in water. As John Pujol, founder of Tap Score, notes,

Those are by no means the full set of parameters anymore.  It’s been around 10 years since the US EPA has introduced any new standards.”

The EPA has actually made a list of 100 potentially risky chemicals and 12 microbes that are often found in water systems.  However, these still aren’t being tested for in consumer reports. (4)

And that doesn’t include all of the chemicals which have yet to be studied.

Another failure of municipal water reports is that they only give you a measurement of total solids in the water.  The test won’t tell you which solids are present and their amounts.

Despite these downfalls, CCR reports are still a valuable tool in evaluating your water. 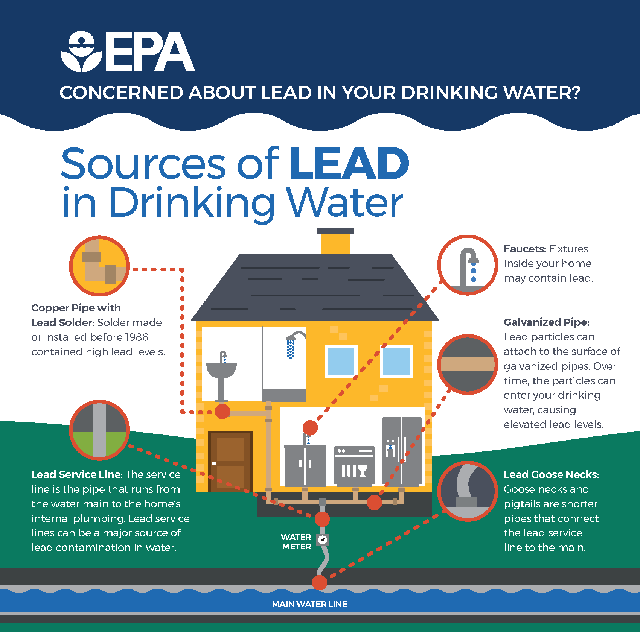 I don’t want to get into a diatribe about whether the government can be trusted.  However, there are plenty of incidences where the municipal water has been dangerously tainted – but yet the local government failed to inform consumers.

The crisis in Flint, Michigan brought the water issue to national attention in 2014.  Residents were drinking water that they assumed was safe.  Yet the water was contaminated with lead, chemicals, E. coli, and Legionnaires’ disease.

Other Cases of Contaminated Water:

People with municipal water still need to test their drinking water.  Even if the government can be trusted, home testing kits can pick up contaminants that the municipality doesn’t test for.

When to Test Your Water

I personally believe that everyone should test their home water at least once.  Information is power.  Once you know what is in your tap water, you can make smarter choices – like whether to invest in a home water purifier.

In some cases, home water testing is not optional.  Here are some of the scenarios of when you should test the water.

The EPA recommends testing well water on this schedule:

You will also want to test well water if:

With the exception of places like Flint, most municipalities do a good job of delivering safe drinking water.  You probably don’t want to spend a lot of money every year to test the tap water.

However, there are some cases where it is worth testing: 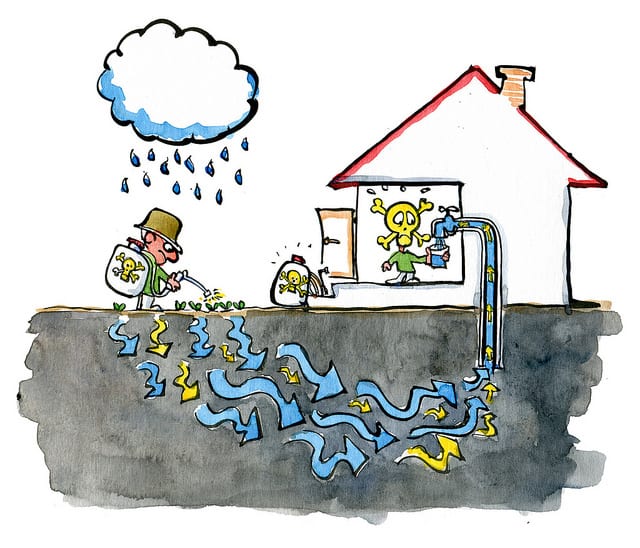 Signs of a Water Problem

The scary thing is that most water contaminants have absolutely no signs.  Even the incredibly hazardous ones might not cause symptoms until years later.  This is why it is essential to test your home water.

Some contaminants will cause signs though.  If you experience any of these signs of a water problem, immediately have the water tested.

What to Test For

Here are just some of the common water contaminants that you should consider testing for:

Using home water kits is pretty easy.  You usually just drop some water on little test strips. After a few minutes, you see what color the strips have turned and compare it against a key.

You won’t get exact amounts.  Rather, the test will show whether the levels are “safe” or not.

With the better-quality water tests, you’ll probably need to fill up vials with water.  The vials are then sent to a lab for testing.  Only a lab can give you precise amounts of each contaminant.

Note that chlorine testing is rarely sent to a lab.  Since chlorine breaks down so quickly, it would be difficult to send off to a lab.  Luckily, chlorine test strips are pretty reliable.

Have you tested your water?  What results did you get? Let us know in the comments!