Is It Illegal To Collect Rainwater? The Truth about Water Rights

You want to harvest rainwater so you can have more independence from the utility companies, be self-sufficient, and practice conservation?

Before you get started, make sure you know the laws about whether it is legal to harvest rainwater.

In most places, it is completely legal to harvest rainwater for outdoor use such as irrigation.

Many places even encourage residents to collect rainwater and offer incentives.

However, if you want to use harvested rainwater indoors – even for things like flushing toilets – you’ll likely have to meet strict plumbing codes for “nonpotable water,” such as installing disinfecting systems or dying the water a different color.

These rules can make it so expensive and complicated to use rainwater indoors that it might as well be illegal.

Rainwater harvesting is fairly new and many states still do not have any laws regulating it.  This puts rainwater collection in a legal gray area: it is legal but you could still encounter legal problems – especially if your neighbors complain.

As rainwater harvesting becomes more popular, more states are beginning to address it in the law. While states won’t make rainwater harvesting outright illegal, we can expect regulations on things such as rain barrel location, insect and pest prevention measures, allowed materials and other rules. 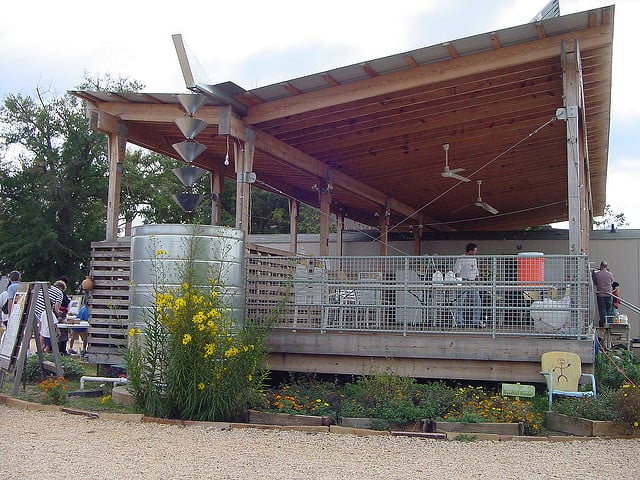 Most rainwater harvesting laws do not outright forbid it. Rather, the laws are written to protect people from unsafe practices.  This is similar to counties creating building codes so people don’t create unsafe homes.

Some areas also require a permit for large systems, which makes sense when you see how many people unsafely set up large tanks which could topple over on someone and kill them.

The laws against using rainwater indoors are in place to keep people from getting sick from drinking dirty water or putting unsafe water into the sewage system.

Yes, it might seem unfair to have all of these laws against rainwater harvesting.  However, if you’ve ever lived somewhere which doesn’t have or enforce building codes, you’ll quickly see how irresponsible people can be.

Even if you plan on harvesting rainwater responsibly, the law is still written with the most irresponsible or uneducated people in mind. 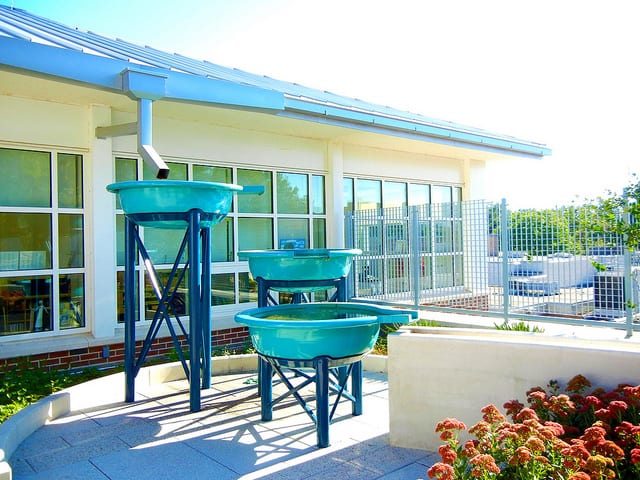 States Where It is Illegal to Harvest Rainwater

Colorado’s rainwater harvesting laws are based on the idea that collecting water will prevent it from flowing back into the ground.  Because the Colorado watershed provides the Southwestern USA, collecting too much rainwater could theoretically deprive other states of their water.

Thus, there was the infamous case of Kris Holstrom who was sentenced for having 55-gallon buckets under the gutters of her farmhouse in Colorado.

Since then, Colorado’s rainwater laws have been updated. You are now allowed to collect up to two barrels of rainwater with a maximum combined capacity of 110 gallons.

There is a loophole in the law that allows you to divert as much rainwater as you want so long as it isn’t being collected in a barrel or other container.  Read more about Colorado off’grid laws here.

Utah allows rainwater harvesting. You are allowed to have two containers with a maximum capacity of 100 gallons each.  If you want to collect and store more water than this, you will need to register with the government.

Registered people are allowed to collect up to 2,500 gallons of rainwater.

Is It Legal to Use Harvested Rainwater Indoors?

Almost every state has very strict laws about using harvested rainwater indoors, even for things like flushing toilets.

This is because most states and counties use the International Plumbing Code (IPC).  The IPC currently do not address rainwater harvesting systems specifically.

Thus, rainwater systems are interpreted as falling under the same rules as other “nonpotable water” systems.  This means that, in order to legally use rainwater indoors, you’ll need to do things like get a permit, filter and disinfect the water, label the pipes, and meet other regulations.

As rainwater harvesting becomes more popular, it’s likely that the IPC will update its regulations and address rainwater systems.

States and counties can also enact their own regulations for using rainwater indoors.  These regulations could ultimately end up being stricter than the current rules though.  If being able to use rainwater indoors is important to you, make sure you are involved with your local government.

Is It Legal to Use Rainwater for Drinking Water?

In states where there are laws on the books about rainwater harvesting, it is usually illegal to use rainwater for drinking.

In states which don’t have laws about rainwater harvesting, it is legal to drink rainwater.  However, you’ll have to meet strict plumbing codes.

These laws are so strict (you essentially become a water treatment facility) that it might as well be illegal to drink rainwater.

While some states still do have ridiculous laws prohibiting rainwater collection.  But, at the same time, many states are coming around and even encouraging rainwater harvesting.

The laws about rainwater harvesting are constantly changing and it can be tough to find accurate, up-to-date information about the laws in your state.

Here are some resources where you can find more information.

If you are interested in installing a rainwater collection system and want a rebate, check out this page: Rainwater harvesting incentives.  You can see if your state/municipality offers any kickbacks for doing what we should all be doing.

Do you think that rainwater harvesting should be regulated?  What implications can you see for the future?