How to Subvert the Authorities to Survive Martial Law

Make no mistake: martial law is coming to the United States. Of course, it isn’t going to be called martial law. The feds will likely call it something like “a state of emergency” or “national disaster.”

Whatever they call it, martial law is not something you want to live under (if you can even call it living at that point).

If you are taking the steps of preparing for disasters like EMP, massive earthquakes, and economic collapse, then you better be preparing for the martial law which will follow.

What is Martial Law?

The Legal Dictionary defines martial law as “an extreme and rare measure used to control society during war or periods of civil unrest or chaos.” It goes on to give some features of martial law, like how the government will use military force to take away civil liberties.

Ironically, survivors of martial law will say that it was actually a seemingly “peaceful” time.  The streets were empty (thanks to curfew) and everything was quiet.  That is because all of the brutalities are happening behind closed doors.  They don’t torture protestors in the street.  They round them up and take them to mass detention centers.

There isn’t much difference between martial law and a military dictatorship.

I urge you to spend some time reading testimonies from people who survived these military dictatorships.

Or, read the defector stories of people who survived any dictatorship.

I just read a great book called The Orphan Master’s Son about a man living in North Korea.

There is a lot of useful survival advice in there – like that acorns, moths, and flowers are all edible. There is even a good part where you learn how to squeeze a fish to squirt the egg sacks out. 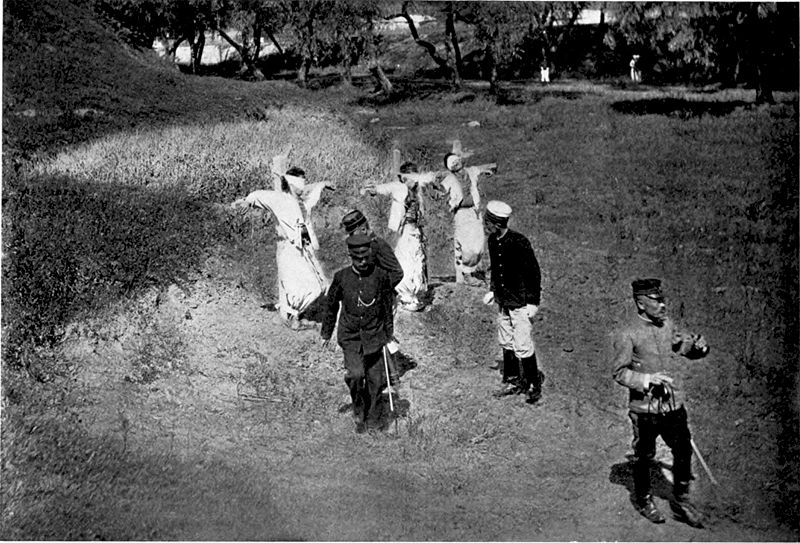 The best way to survive martial law is to escape it altogether. No matter how much of a patriot you are, you better be prepared to flee!

In the early hours of martial law, it might still be relatively easy to leave. If you wait too long, you can expect roadblocks, random inspections, and they might even round you up and enlist you to “voluntary” military duty.

As I’ve talked about many times here on Primal Survivor, you better be prepared to evacuate after a SHTF disaster. DO NOT WAIT. Go at the first sign that things are getting bad.

Here is what you need to escape martial law quickly:

Have more than one passport*

*Because of legal reasons, I’m not going to tell you to go get a fake passport and travel documents, but if you need to flee via Mexico, Canada, or whatever country, it would really help to have another passport!

Note: In most small-scale disasters, it is probably best to hunker down at home. We are at an advantage on the home turf and most of us aren’t fit enough to survive bugging out in the wilderness.

But, if a large-scale disaster occurs and it looks like martial law is imminent, you better be prepared to get out of dodge fast!

Read more about the safest place to be during martial law. 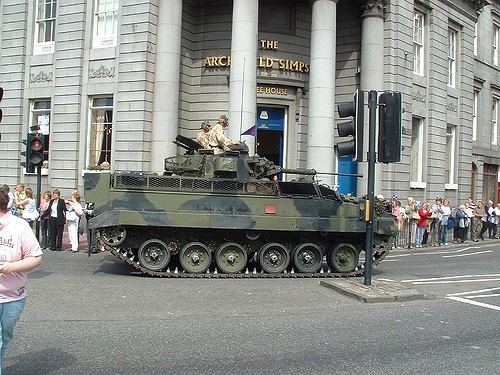 If you can’t flee martial law, then you’ll need to focus on survival.

Contrary to what a lot of websites tell you, a gun isn’t going to help you in martial law. Nor will having a lot of guns (though they might come in handy when the revolution takes over).

I actually can’t think of one situation where a gun helps someone survive martial law.

Do you really think your guns are going to overpower the tanks rolling down the street, or the guns of the entire military fleet outside your door? If you use your gun, it is just going to draw attention to you and get you locked up.

There are three main skills you need to survive martial law:

1. The Ability to Blend In

If you stand out, you are going to become a target. Do what everyone else is doing and keep your head down until a moment of opportunity presents itself. Then use this moment to flee.

Dictatorships routinely withhold information from their citizens as a way of exerting control over them. North Korea is a good example of this.

People are told that South Koreans are being treated as slaves and starving, and that Americans are dying outside of hospitals because the capitalist health care system is too expensive for them.

Without access to real information about what is happening outside their world, they don’t even dream of escaping.

To make sure you stay connected to the real news, you’ll need to have a survival radio. Ideally, you get a HAM radio so you can communicate with people about the situation. Don’t forget that you’ll need a way to power it, such as a hand-crank generator.

Under martial law, the military can take control of everything – including sources of food and water. Once you are dependent on the government for food and water, it isn’t a far leap to becoming a complete puppet in the system.

No matter how strong-willed you think you are, you will succumb to the system when you or your family are dying of hunger and thirst!

Avoid this risk by becoming self-sufficient. Learn to grow your own food and source your own water, such as with rainwater harvesting. Bonus points for learning how to hide your food and water stores, as they can be confiscated under martial law.

What other skills do you think you need to survive martial law? Let us know in the comments or join the discussion on Facebook.