You’ve probably heard that rope is one of the essential pieces of survival gear to keep in your Go Bag or to bring when going camping (read about types of rope and uses for survival rope).

But what doesn’t usually get mentioned is that you actually have to know how to use the rope to utilize it for survival.

This Titan military spec paracord is a top seller on Amazon. Extremely well-rated and comes with a lifetime guarantee.Check On Amazon

Improperly tied rope could result in disaster – like when your tarp shelter comes untied and cashes down on you in the middle of a thunderstorm, or the boat you tied up gets loose and floats downstream.

There are thousands of different ways to tie rope.  You probably aren’t going to learn all of them, so start with these 7 most useful survival knots.

Before we get into the knots, let’s learn some quick terms.

The word “knot” is usually used in a generic way to describe some entanglement of flexible material (such as rope).

However, there are a lot of specific terms used to describe these entanglements.

Knots, hitches, bends, and lashing all have their purpose. There are also many subcategories of these types of survival knots.

You should make a point to learn some of each if you want to be prepared for all types of survival situations. The square knot is straightforward to tie.  It also benefits from being flat when tied, making it suitable for certain purposes where a protruding knot wouldn’t work.  However, it isn’t very secure – so you don’t want to use this survival knot to tie critical items.

Why is the square knot included if it isn’t very secure?

Because knowing how to tie this knot lays the foundation for tying other important knots.

Uses for the Square Knot

How to Tie the Square Knot

To tie the square knot, remember “right over left, left over right.”  Here’s a video showing you how to tie the survival knot. This is the knot you will probably use more than any other survival knot.  It also forms the basis of many other knots, such as lashings.

The clove hitch is a type of jam knot meant for temporary uses.  It won’t be secure unless you have a load pulling on both sides.  The greater the load, the more secure the clove hitch becomes.  If you remove the load from one side, then the clove hitch will easily come undone.

Uses for the Clove Hitch

How to Tie the Clove Hitch 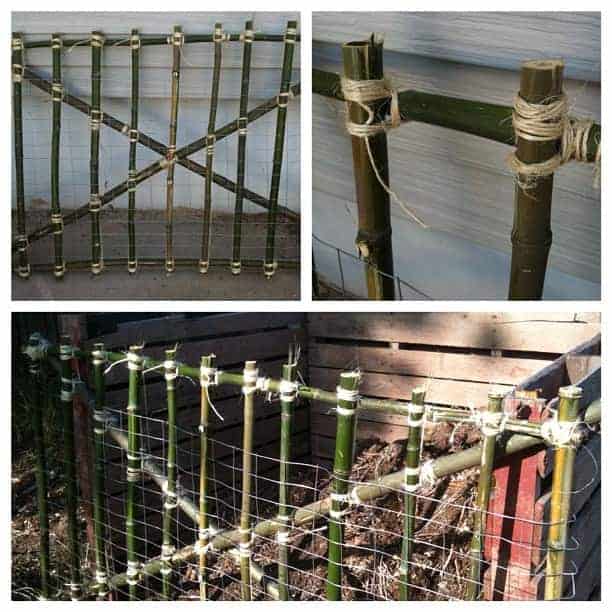 Square lash knots are used to join sticks or poles at right angles.  This is very useful if you ever need to make a survival shelter or build a fence.

The square lash is very strong and can be load-bearing, so it is even used to make scaffolding.

Uses for the Square Lash

How to Tie a Square Lash

If you need to secure two poles together, and both poles will be load-bearing, then the sheer lash knot is the right choice.  You can also use it for securing two poles end-to-end to make one long pole.

Once you’ve made your sheer lash knot, you spread the two poles apart, such as when making an A-frame for a survival shelter. You might need to shove a jam stick into the space to make the legs more secure.

Uses for the Shear Lash

How to Make a Shear Lash

The bowline is considered the “king of knots.”  It is a type of “loop” knot, and its popularity comes from it being so easy to tie.

When it is under load, the bowline is very secure.  Once the load is removed, the knot is easy to untie.

Be warned that it is easy to tie the bowline incorrectly!  When using the bowline for uses like climbing, you should make a safety knot.  Or, better yet, use the threaded figure eight knot for climbing!

Uses for the Bowline Knot

How to Make a Bowline Knot

The Carrick bend is used to tie two ends of rope together.  It works best when the ropes are of similar size.

The Carrick bend is very secure, but you must make sure that the ends of the two ropes are opposite each other diagonally when tied, or else the ropes could slip, and the bend come undone!  When the load is removed from the bend, it is easy to undo.

Uses for the Carrick Bend

How to Tie the Carrick Bend Knot

The distel hitch is a type of “slide and grip” knot.  This means it will slide around on a rope in one direction but grip securely when pulled in another direction.

Climbers commonly use these types of knots, but they can also be used for safely moving large loads up or down a rope. There are also many other types of slide and grip knots, but the distel hitch has the advantage of being easy to tie.

Uses for the Distel Hitch

How to Tie the Distel Hitch

Have you used any of these knots? What’s your favorite knot?