The 9 Types of Lighters Explained

When I was a kid, “lighter” meant a Zippo or disposable Bic lighter. Now, there are many types of lighters, including types with multiple flames, electric ignition, and different fuels.

Here’s what you need to know about types of lighters, pros and cons, and what the best lighter is for your needs.

What Makes One Lighter Different than Another?

A lighter is any portable device which creates a flame, usually by igniting fuel held within its case. When dividing lighters into types, there are six key differences:

Note that there is a lot of crossover in these types of lighters. For example, utility lighters can also be spark ignition or electric arc lighters. 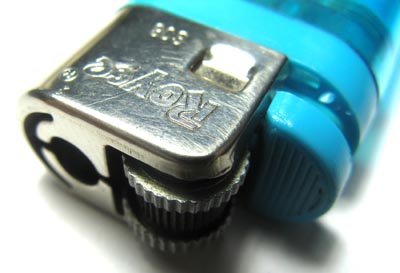 These are plastic lighters that have a wheel made out of serrated steel. A flint is located below the wheel.

When you spin the wheel with enough speed, it rubs on the flint and creates a spark. Pressing down on the “fork” (the plastic lever below the sparkwheel) opens a valve so fuel can be released.

The spark ignites the fuel and produces a flame.

Note that many plastic sparkwheel lighters are actually refillable (see how to refill a BIC lighter). However, because they are so cheap, most people treat them as disposable.

In a SHTF situation, you can use an empty sparkwheel light to create a flame. Read about how to start a fire with no matches. 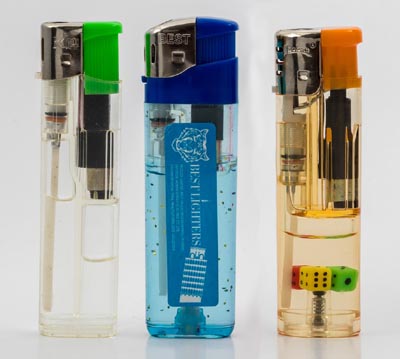 This type of lighter uses a button instead of a sparkwheel. 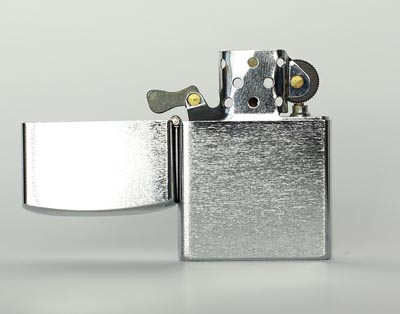 Zippo lighters have been around for nearly 100 years. They work by spinning a sparkwheel against a flint inside the Zippo. This creates a spark that ignites fluid in a wick.

Unlike disposable sparkwheel lighters, a Zippo wick will stay lit until you cut off the oxygen supply by closing the lid. You can even leave a Zippo burning like a candle. The downside, however, is that the eyelet which exposes the fuel-filled wick is always exposed. This can result in fuel leakage (and a nasty rash on your skin).

Air exposure means Zippo fuel will evaporate quickly. At best, expect a Zippo to last 10 days before refueling. An odd thing about Zippo lighters is that the fuel lasts longer if you use it frequently. If you don’t light the Zippo often, the fuel might evaporate in just 3-4 days.

Because Zippo fuel evaporates quickly, they aren’t recommended for camping or emergency prep. Zippos are meant for regular smokers who want a cool, personalized lighter.

While Zippo lighters last virtually forever (you can even buy antique Zippos, which work fine), the flint and wick will need to be replaced eventually.

On the plus side, Zippo fluid is made of a petroleum distillate which ignites easily and burns cleanly.

It also works better in freezing temperatures than butane lighters.

In a pinch, you can also use other fuels in a Zippo lighter, including butane, naptha (also called white gas or Coleman fuel), or gasoline.

I’ve heard of people using 99% isopropyl alcohol, methylated spirits, or Bacardi 151. However, alternative fuels aren’t recommended in Zippos because they might clog the Zippo. Some alternative fuels, like Charcoal fuel, can cause your Zippo to explode.

Note: Some cool “peanut lighters” also work the same way as Zippo-type lighters do. The benefit is that these are tiny and great for EDC. The lid sometimes screws on tightly, so there isn’t as much fuel evaporation.

Also called jet lighters, turbo lighters, or cigar lighters, butane torch lighters contain butane stored in a pressurized chamber. The fuel is forced through a nozzle with air, creating a very intense, strong, and hot flame. They are basically like mini Bunsen burners.

The benefit of torch lighters is that you can aim the flame in any direction, even upside down. Because of this, they are often used for lighting pipes. They are also often used as cigar lighters because they get hot.

As you’d expect from a lighter, which makes such an intense flame, jet torch lighters blow through fuel very quickly. How long a torch lighter will last varies drastically depending on the number of flames, size of the fuel chamber, and pressure level.

Note that torch lighters are not allowed on airplanes, even in checked luggage. Do not take one of these with you while traveling by air! 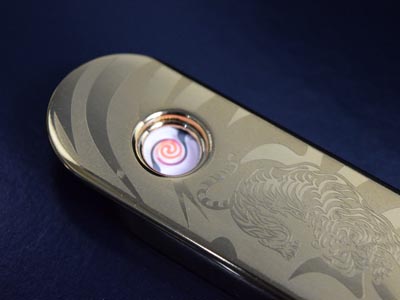 Also called flameless lighters, these are battery-operated lighters. Electricity from the battery heats a coil inside the lighter, which can then be used to light cigarettes or other things pressed against the coils.

These lighters are easy to use, reusable, don’t require any fuel, and are usually charged via USB. However, the coils make it challenging to light anything other than a cigarette or maybe candles. They aren’t ideal for camping, emergency preparedness, or other basic uses. 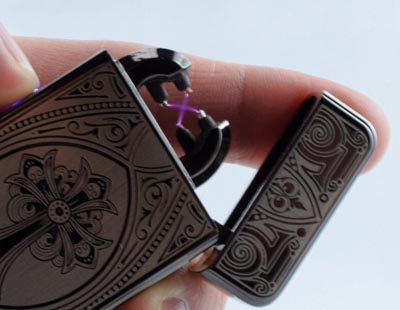 These are also flameless lighters but are very different from the electric coil lighters above. With an arc lighter, high-voltage electricity makes an arc of charged plasma between two electrodes.

The plasma arc is hotter than a traditional flame and won’t be blown out by the wind.   Some electric arc lighters have four electrodes to produce two arcs.

These lighters have become very popular because they work in windy conditions, require no fuel, are rechargeable, and are simply cool. Price varies drastically. Pay attention to brand reputation and battery life when choosing an arc lighter.

We like this one on Survival Frog; it comes in a waterproof case with a neck lanyard. 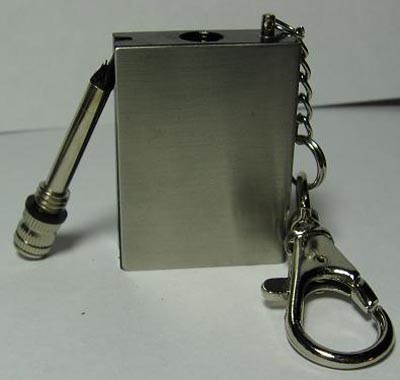 Also known as a forever match, this type of lighter is a cross between matches and a lighter. It consists of a metal chamber that holds fuel. A spark stick with a wick inside is screwed into the chamber.

The wick absorbs fuel from within the chamber. To use the permanent match, you remove the spark stick and strike it against an abrasive striking surface on the chamber.

Permanent matches have gotten a lot of hype from the survivalist community. Yes, they are cool, and you get many more lights out of them than with standard matches. The flame is also more resistant to wind than a standard match. However, much of the info about permanent matches is a bit misleading.

For starters, most permanent matches advertise that they will last 15,000 lights. However, you will need to refuel the lighter long before this. The wick inside the permanent match will also need to be replaced. It varies depending on the brand, but don’t expect more than 100 lights before refilling or replacing the wick.

On the plus side, permanent matches have a gasket that prevents fuel evaporation. If you need something to put in a bug out bag, these can sit there for years without losing fuel.

*Important: You must blow out the “match” before putting it back in the fuel canister! 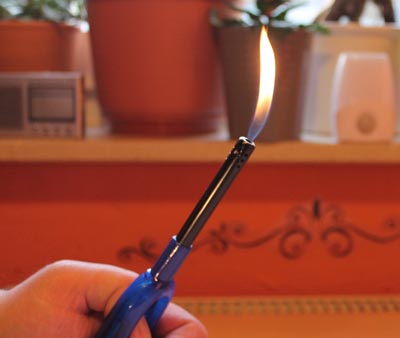 Also called utility lighters, this type of lighter has a very long neck. The long neck makes it easier to reach candle wicks, especially without burning your fingers on the flame.

They share the same pros/cons as their parent type of lighter.
Check On Amazon 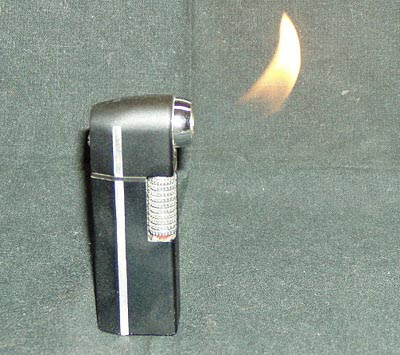 Pipes can be difficult to light with traditional lighters; the flame can burn your fingers when you turn it upside down towards the pipe.

They share the same features and pros/cons as Piezo lighters.
Check On Amazon