Bear Grylls was the host of a popular TV shows Man vs. Wild and also Worst-Case Scenario.

Regardless of what you think about the reality TV show format (hint: I hate it!), you’ve got to give Bear Grylls credit for bringing the subject of survival to the mainstream’s attention.

If it weren’t for him, a lot of people probably wouldn’t even know survival basics like that you’ve got to filter water in the wild.

But for all the good survival advice that Bear Grylls gives, he also gives out a lot of really, really bad advice. 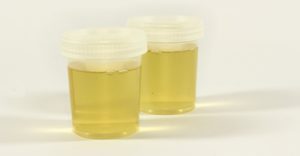 This is perhaps one of the worst survival tips that is constantly repeated.

While it might be okay to drink your urine one or two times in a severe dehydration situation, it is a very bad idea.

Urine is one of the ways that your body passes out waste. The more dehydrated you are, the more concentrated waste in your urine will be. By drinking the waste-filled urine, you are forcing your body to process it again.

And guess what your body needs to process waste? Yep – water.

Read More: The Truth about Drinking Urine for Survival

Throw Your Food At a Bear

Bear Grylls comes into contact with bears a few times on his show. And, in multiple situations, he gives some really bad survival advice.

In this video, Grylls sees a black bear. First off, he makes the stupid mistake of staying around to stare at and film the bear.

He could have just slowly backed away and would have been completely safe (black bears aren’t as aggressive as brown bears). Then Grylls gives the even dumber survival advice of throwing your backpack of food towards the bear. The idea is that the bear will go check out the food and lose interest in you.

Throwing food at a bear is a really bad idea. Aside from teaching bears to come to people for food, it might piss off the bear and it could come attack you out of self-defense (you started it, after all!).

Run from a Grizzly

For someone named Bear, Bear Grylls has some really bad advice about bears.

In this video, he encounters a grizzly bear. Again Grylls sticks around to film the bear instead of slowly backing away before he is noticed. As Peregrine Adventures points out, grizzly bears do not like to have their pictures taken!

Now, grizzly bears (aka brown bears) are definitely more aggressive than black bears! You do NOT want to encounter one of these in the wild. But, if you do see a grizzly, don’t follow Bear Grylls advice. He says to back away slowly and then start running. Bad advice!

This is what you should really do if you see a grizzly and it sees you:

Pull Leeches Off Your Body

I’ve swam with leeches numerous times, and had them on my body more times than I can count. So, when I watched Bear Grylls pull leeches off his body, I got angry.

If you have a leech on your body, do NOT just rip it off!

Pulling a leech off your body could cause part of its teeth to be left in the wound, leading to a nasty infection. However, note that folk methods of removing leeches – such as putting salt on them or burning them with a match – aren’t very good either. The leech could regurgitate its stomach contents into the wound and cause infection.

Instead, to remove a leech, you should find something flat (your fingernail will work). Starting with the head, work it under the leech. It will break the suction and the leech will safely come off.

On at least one episode, Bear Grylls has caught an animal and bitten right into the dead animal. This might make for good TV, but it is bad survival advice.

Raw meat can contain all sorts of bacteria and parasites. Eating raw meat in a survival situation is practically a death sentence because you could end up with diarrhea, then severe dehydration.

The only reason that indigenous groups like Eskimos can eat raw fish is because salt water and cold temperatures kill bacteria and parasites. So don’t risk it.

Either cook your game, or find another source of survival food – like eating insects for survival. 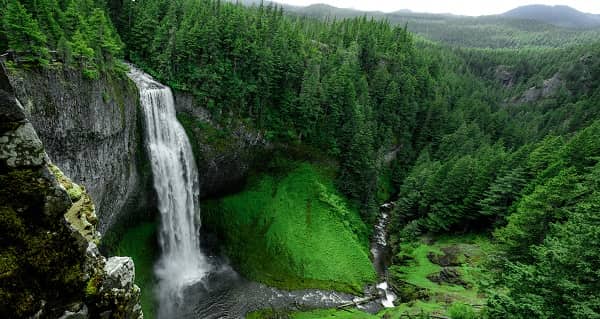 In countless episodes, Bear Grylls comes across something like a raging river. His response is always something along the lines of,

It would take too much time to go around. Let’s go over it!

In one episode, he lashes poles to his hands and uses them to vault down a mountain!

In real survival situations, you don’t get to scout out the terrain beforehand (as Bear Grylls does), nor do you get to do a re-shoot if your first attempt doesn’t work out, nor will you have a camera crew ready to whisk you away to a hospital.

So, if you ever come across an obstacle like a big ravine, spend the extra few hours to hike carefully around it instead of ending up with broken bones.

A River Is a Good Form of Transportation 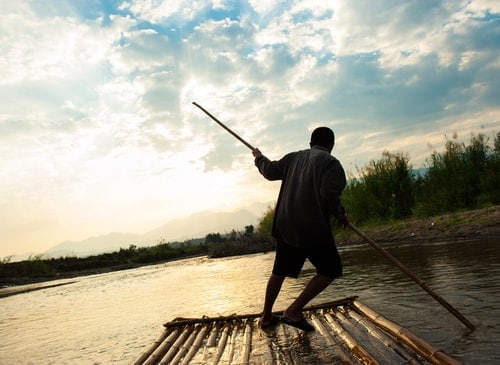 In many other episodes, he does other stupid things with rivers.

For example, in one episode, he is walking through a river in a canyon and comes across a piece of timber. His reaction is, “I guess I will have to swim under it!”

Getting wet is one of the worst things you can do in a survival situation! Unless you have a plan on how to get dry later, this could mean hypothermia and death.

So don’t follow stupid survival advice from Bear Grylls. If you come across a raging river, spend some extra time hiking to a safe crossing spot rather than try to swim your way through it.

Which brings me to the biggest reason why I don’t like Bear Grylls and his survival advice: he is constantly taking risks.

Whether it is pole vaulting across a canyon or swimming across a raging river, these stunts are very risky.

If you break a bone while in the wild, you aren’t going to have an entire camera crew there to fly you out. If you aren’t sure that something is safe to do, then don’t do it!

Playing it safe is the real best survival advice.

What do you think of Bear Grylls — good entertainment or conveyor of dangerously bad advice?