How to Make Pine Needle Spruce Tea (Hands on with images)

Pine is one of the most valuable trees for survival.  You can do many things with it, such as making pine pitch from the sap.

Many parts of pine are also edible.  If you are new to pine, one of the easiest things you can do is make pine needle tea.   Not only is it nutritious and free, but it also tastes good.

Many recipes for pine needle tea have you boil the needles for anywhere from 10 to 30 minutes.

The boiling method produces a stronger tea with more flavor.  However, I don’t like to boil pine needles (or other plants with medicinal properties).   High temperatures kill many nutrients, including vitamin C and antioxidants.

If you are drinking pine needle tea for the taste and don’t care about nutrition, go ahead and boil the needles.  Otherwise, use this method.

Try only to get green needles. Needles that are turning brown won’t taste as good.

3. Smash or chop the needles

You want to break up the pine needles before making tea.  Otherwise, they won’t release much flavor into the water.  To do this, use…

Put the smashed pine needles in a cup or pot.   Pour very hot water over them.    You’ll need at least 2 Tbsp. of cut pine needles per cup of water.

The longer you steep, the stronger the flavor will be.  However, the taste also depends on the type of pine tree used.  I suggest you try the pine needle tea every 10 minutes to test the flavor.

Strain the pine needles and collect your tea.  You can flavor it with lemon, honey, maple syrup, or whatever you want.  Pine also makes a really nice iced tea in summer.

Can I Make Tea Out of Other Conifer Needles?

You can also make tea out of many other conifers.  I particularly like spruce needle tea (shown in the left cup in the image).

Safe conifer needles for tea include:

In springtime, you can also forage conifer tips.  Those are the new buds of the tree.  I honestly don’t like pine tips very much, but spruce and fir tips are delicious.  You can make tea out of them or eat them raw or cooked.

Compared to older conifer needles, the tips are less resinous and less bitter.  I find them much tastier! 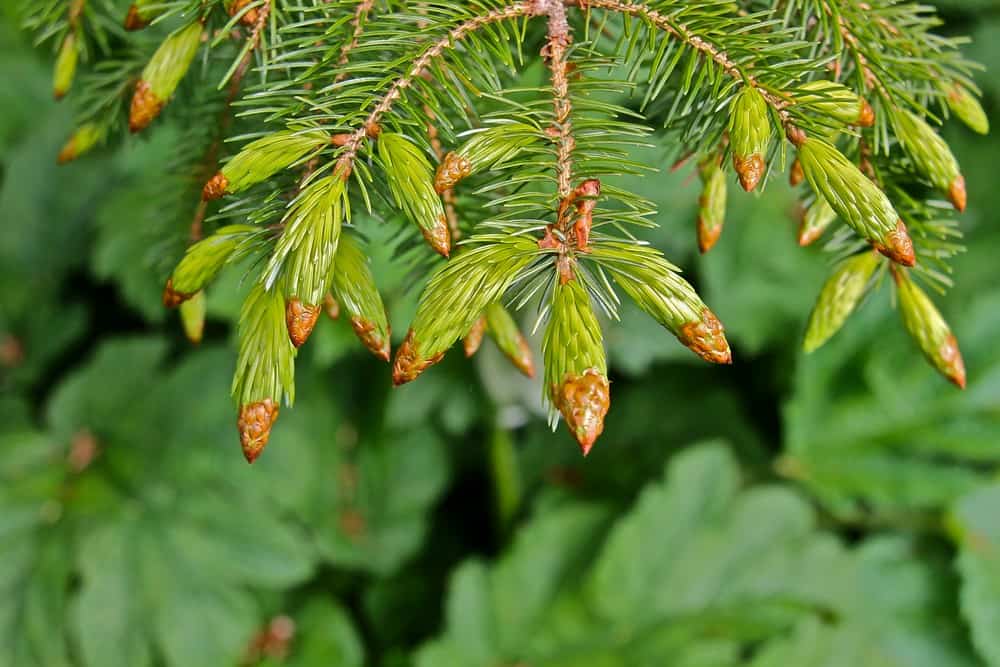 Is It Safe to Drink Pine Needle Tea?

Yes, it is safe to drink pine needle tea.

The exception is if you are pregnant. Some pines, such as ponderosa pine, contain isocupressic acid, which can induce abortion in cattle.

It’s not clear what effect it has on humans, but it is better to play it safe.  Don’t drink pine needle tea if you are pregnant or planning on becoming pregnant!

In addition to that issue, a few trees can resemble pines or other edible conifer trees but are poisonous.   These include: