Why It’s Sometimes Infuriating to Be a Female Prepper

I don’t like putting labels on everything.  But, since our society likes to do that for everything, yes, I’m a survivalist and prepper.

Not “feminist” in the 1970s sense of the word that people associate with bra-burning, unshaved legs, and rejecting everything feminine.  But rather the true definition of feminism: that men and women should be granted equal rights and opportunities.

As a feminist in the survival/prepping world, it is hard not to get infuriated sometimes.  So often I see women dismissed as inferior, weak, and pretty much useless (except for maybe helping procreate the next generation of humans after society has completely gone to shit).

Women are talked about as “needing protection” and as “excess baggage” that will slow men down.

What’s even worse is that the macho viewpoint of what “survival” should look like often gets promoted as the “best” or “right” way to approach survival.  Anyone who suggests differently is likely to be shut down as ignorant.

*To clarify, gender equality does NOT mean that men and women are the same.  For example, I recognize that men generally are physically stronger than women and the genders have varying characteristics.  But equality should mean recognizing the strengths of both genders and allowing women to voice their opinions/concerns.

The Most Sensible Disaster Prepping Book You’ll Ever Read? 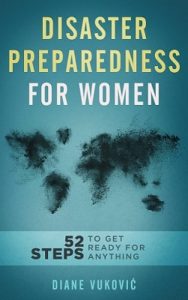 Available in paperback or on Kindle at Amazon
Check On Amazon

Prepping is a Male-Dominated World

I probably don’t have to tell you that prepping is a male-dominated world.  It’s hard to find stats but, according to In the Rabbit Hole, 70% of preppers are men.

Joining prepper groups online or reading comments in forums or websites will also show that men outnumber the women.

Most of the websites about prepping are also dominated by male voices.  There are some great women-led prepping blogs, but these are few and far between.

Across those male-led prepping websites, you’ll find some common themes about what prepping/survival should look like.  You are told to take an approach which is:

The tone is so bad that, as one commenter put it, those “macho” preppers seem “gleeful” at the prospect of getting to commit violence against the desperate, starving non-preppers who will try to take their supplies.

At Primal Survivor, we’ve spoken out against the “Lone Wolf” mentality many times.  We aren’t the only ones who think that taking this macho approach to prepping is a bad idea.

Men overwhelmingly focus on the protection/provider aspect of prepping.  It’s not that there’s something “wrong” with thinking about protection.  It’s just that this shouldn’t be the end-all.

By comparison, women tend to focus on different aspects of prepping.

As Gaye Levy, notes in her Vice interview,

“Since the beginning of time, women have been the caregivers of society. In many cases, women are the maintainers of the home, so they are the ones that are going to internalize the need to ensure that their family … stays safe and healthy if there’s a disruptive event in the world.”

So while the men are busy worrying about physical safety, it is the women who are taking care of the daily necessities like cooking, cleaning, and basic hygiene.

This is a GOOD thing. Different approaches to prepping mean a more thought-out plan, more flexibility, and more adaptability.

Yet women’s voices are still being silenced, ridiculed, and dismissed in the prepping community. 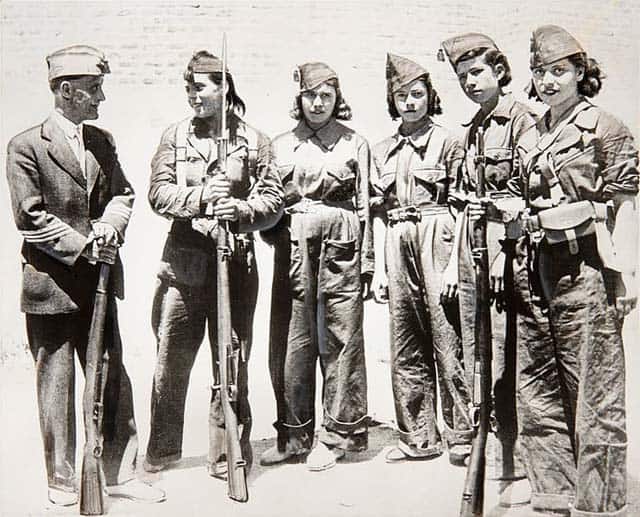 I shouldn’t have to prove that women’s voices deserve a place in the prepping community.  That we aren’t just “extra weight” to be “cared for.” But, after all the condescending experiences I’ve had, I think it’s worth noting that…

Studies have found that women are better able to handle stress.  It may have to do with how women react to the stress hormone cortisol.  (source)

As one article writes in response to the research,

“Physically speaking, men are still stronger than women, on average, But if you’re talking about mental toughness, maybe in certain circumstances it’s women who have the edge.”

Not only are women better at handling stress, but the high levels of cortisol in men could negatively affect their critical-thinking abilities.  Men are more likely to make bad decisions under stress than women.

A separate study found that men have more neural connectivity within one hemisphere whereas women have more connectivity between hemispheres.  The implication? That women are better able to “facilitate communication between the analytical and intuition.”  Or, in layman’s terms:

“Men could be wired to take action while women may tend to be better suited to carefully analyze a problem.”

Women work better as a team

This wouldn’t be worrisome, except that we humans have survived and succeeded as a species based on our ability to work together. :/ 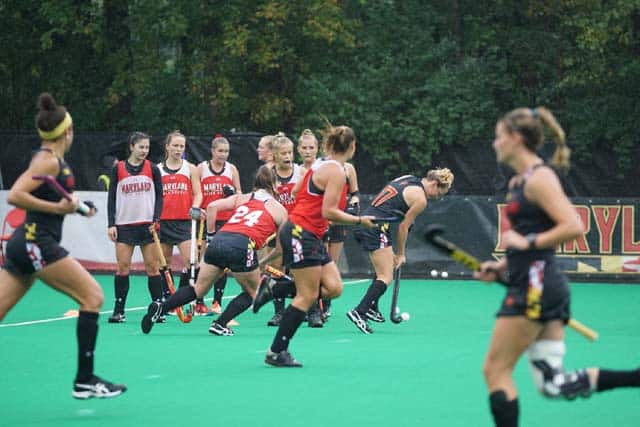 Oh, and women Are biologically “tougher”

We know that women live longer on average.  But a major study has found that women outlive men even in disaster situations.

For example, the research found that:

And Are We Really That Much Weaker Physically?

Yes, men are generally physically stronger than women.  Yet, research is showing that the view we have of ancient people – where the “weak” women stayed in the huts cooking while the men went out to hunt – is incorrect.

Anthropological evidence shows that women did the same physical work as men.

And, as the female journalist reporting on the study notes,

“When I gave birth to my son, I did the most physically demanding thing a human can do. Yet I am considered the weaker sex.”

Yet Women Survivalists Are Constantly Dismissed or Underestimated

I personally have had my skills second-guessed by men multiple times.  And it’s annoying to be asked “aren’t you scared?” for doing things like camping alone (I’ve never once heard a man get asked that question).

Just in case you don’t believe that women are dismissed/undermined in the prepping world, just take a look at pop culture. (I’m aware that reality TV is not a good gauge of reality – but these examples show the chauvinistic approach to prepping which dominates).

As Anna Leszkiewicz tactfully points out in a rant at The New Statesman, a particularly annoying example is The Island with Bear Grylls.

In the third season, men and women were dropped on separate sides of the islands.  Immediately, the women established a leader, set up a camp, and found food.  By the end of day one, they were surviving comfortably.

The men? They were struggling from the get-go and starving.

This wouldn’t be so infuriating if the men weren’t making comments the entire time like,

“Can you imagine your missus out here?”

“She wouldn’t do ten minutes out here mate, unless there was a five-star hotel.”

“It is so physically demanding. A woman’s not equal on physicality. So I don’t think a woman would be able to do – they wouldn’t be able to do what we’ve done.”

“Men are better at physical stuff: lighting fires, hunting, moving stuff. Women can multitask allegedly… but anything where it’s a physical exertion, then, naturally, a man’s gonna have the edge over your normal, standard woman, basically.”

It gets even more infuriating when the men meet up with the women.

The women share their food with the starving men.  Instead of being thankful (or helpful!), the men complain that the camp isn’t tidy enough. They ignore the women’s accomplishments and start to exercise their egos by micromanaging and belittling the women.

This isn’t the only example from reality TV.  After a few seasons, the producers started wondering why the women always seem to do better on Naked and Afraid.

“It was surprising to everybody involved that the steely determination of the women is just unparalleled. We certainly haven’t come up with the answers for it, but it is recognized that, overall, the women seem to be more badass than the men.”

Machismo Gets You Killed

When looking at differences in life expectancy between men and women, researchers come to some interesting conclusions:

Testosterone – the male hormone – is associated with reckless behavior.   Not only are men more likely to consume alcohol and tobacco, but they are more likely to exercise bad decisions that get them killed. (Source 1, 2)

When it comes to survivalism, there is no place for recklessness.   As Megan Hine (the woman who keeps Bear Grylls alive) says, “that sort of behavior gets you killed.”

Men, Be Open to New Perspectives.

As Survival Mom notes about all the disparaging comments she gets online,

“There are people in the survival/prepper niche…who have a fixed version in their minds of what survival is all about. There’s an approved template they are convinced is the only right way to survive. I know better.

There are thousands and thousands of variables that will impact the survival of an individual, a home, a family, and it’s foolish to believe that just because you have followed your favorite survival guru’s books that you are impervious and have some sort of Cloak of Invulnerability. No one has that and no one ever will.”

Women certainly have their weaknesses.  On average, we are not as physically strong.  We have a hard time speaking our minds.  And women can be downright b*tchy – especially to other women.

But these weaknesses don’t negate our strengths.

Just like how companies with female managers are more successful, teams with female members will be more likely to survive.  Diversity means more creativity – and that is crucial for being able to adapt to whatever situations arise when SHTF.

So men, please stop telling me what my place is in the post-apocalyptic world.  Stop thinking that you’ll need to take care of all of us and “lead” us through the darkness.  Instead, you might do better to check your own ego and listen to the women once in a while.