The 6 Types of People Who Will Die First When SHTF

We all believe that we’d fare well if a disaster hit. At least, those of us who think about disaster preparedness believe that they’d survive (the rest aren’t even willing to admit that a disaster could impact them!).

A lot has already been written and debated about the people who will die first when SHTF. Most fixate on people like the physically weak, disabled, elderly, and yuppies.

But I don’t want to focus on those standard weaknesses here.

I firmly believe that anyone – regardless of health or physical ability – can survive a disaster with the right amount of planning.

For some — like preppers with disabilities or small children — it will take a lot more planning and prepping. But it can be done.

Unfortunately, many preppers will die. They will die NOT because they stockpiled the wrong items or bought a BOL in the wrong location.

They will die because of personality weaknesses.

Look at these personality types and see if you fall into any. If so, it is time to stop focusing on gear and emergency kits and work on building mental toughness!

New to prepping and not sure where to start?

Get our eBook Zero to Prepped in 7 Days. It goes over the fundamentals of emergency prep so you can get prepped quickly and thoroughly.

Buy the book now for $7. Or check out our ebook bundle. 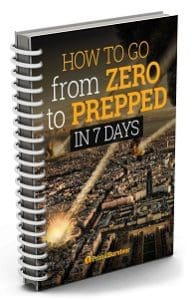 It is well-agreed that the key to surviving a disaster is to Get Out of Dodge ASAP. The longer you wait to leave, the slimmer your chances are of survival. That’s why we pack Bug Out Bags (see here for a bug out bag checklist) and run emergency drills.

Yet, the decision to leave isn’t an easy one. No one wants to feel like they are overreacting. Emotions can get the better of us, and we make bad decisions in the face of danger.

If you are the indecisive type, you better make a checklist of conditions for when you stay/leave. That way, you can take action immediately instead of waiting too long to flee. 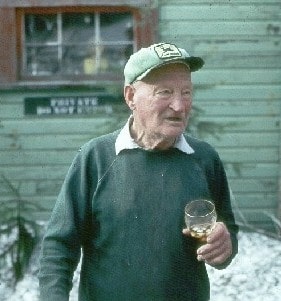 This one breaks my heart because I can relate. I love my home and community. It would be hard for me to leave, even if I knew that a disaster was approaching. However, I also know that it is vital to put sentimentality aside so we can make rational decisions in the face of tragedy.

Overcoming sentimentality is probably a lot harder than we want to believe. Even with an evacuation order in place, many people chose to stay in the wake of Hurricane Katrina.   Even those with the means to leave didn’t have the heart to go.

I’m also reminded of the case of Harry Randall Truman, the 83-year-old man who died in the Mount Saint Helen’s blast because he refused to leave his home. Before dying of asphyxiation from the explosion, he told reporters:

“I’m going to stay right here because, I’ll tell you why, my home and my (expletive) life’s here…My wife and I, we both vowed years and years ago that we’d never leave Spirit Lake. We loved it. It’s part of me, and I’m part of that (expletive) mountain.”

I understand Truman: His wife and daughter were both deceased. He probably felt like he had nothing left worth living for other than his home… Truman didn’t have any other family (that I’m aware of), so his decision to stay instead of fleeing didn’t affect others. At 83, he was probably near the end of his life and maybe didn’t want to start over from scratch.

However, I do have people in my life that rely on me and care about me. I (hopefully) have a lot of life ahead of me. I owe it to them — and myself — to put aside my sentimental attachments to my home and GO before it is too late.

The prepping and survival community is filled with machoism. Now, don’t confuse macho with the healthy personality trait of self-reliance and wanting to protect your family.

Machoism is overly aggressive, assertive, and prideful. It is EGO, and it will get in the way of survival!

If you don’t believe that machoism is rabid in the prepping world, consider how many preppers talk about “standing their ground” if someone attacks their home.   In a lot of cases, you’ll be severely outnumbered. Macho people would rather give up their lives than their supplies!

No successful revolution was ever waged by someone gunning down officers at the door. The people who survived (and won) were the ones who hid, laid low, and waited for the right moment to come out of the shadows.

The ultimate survival skill is not knowing how to start a fire, how to purify water, or even how to treat wounds.

The key to survival is creativity.

Creative people are the ones who will look at an abandoned soda can and realize that it can be turned into a stove and that the tab can be used as a fishing hook.

They are the ones who will turn a crayon into a candle or use a plastic bottle to make rope.

You might think that you can’t learn creativity. True – some people are naturally more creative than others. However, there are some exercises you can do to encourage creativity.

I know they seem cheesy, but they really do help!

The ability to stay calm during a disaster is key to survival. By default, preppers will be less likely to panic than the general public because they have accepted that there are risks and likely have a disaster plan in place.

Yet, don’t assume that you are superhuman and won’t panic during a SHTF disaster. Staying calm is a skill that must be developed. I recommend trying these exercises, which build mental toughness.

“Fantasy planners” are the preppers who believe they can live off the land, hunt, farm, and forage through the apocalypse.

This sort of fantasy planning ignores realities (such as that you have never actually done any of these things, that you are out of shape, and that you can’t predict everything).

For example, try going camping with just the items in your Bug Out Bag. If you can’t survive 3 days like that, you aren’t going to be able to survive a lifetime in SHTF conditions! But you will learn how to prepare better so you can survive.

What other types of people do you think will get killed first when SHTF? What personality traits will keep you alive? Let’s hear your thoughts in the comments!