18 Types of Man-Made Disasters to Know

When people think of disasters, it is usually natural disasters like earthquakes or hurricanes which come to mind.

What Is a Man-Made Disaster?

Man-made disasters can be intentional or accidental, but they are always caused by human actions or neglect.

However, there can be a lot of crossover between natural and man-made disasters. For example, deforestation (man-made) can lead to landslides (natural).

Also Read: How to Prepare for Disasters: A Step-By-Step Guide

What Are the 3 Main Categories of Man-Made Disasters? 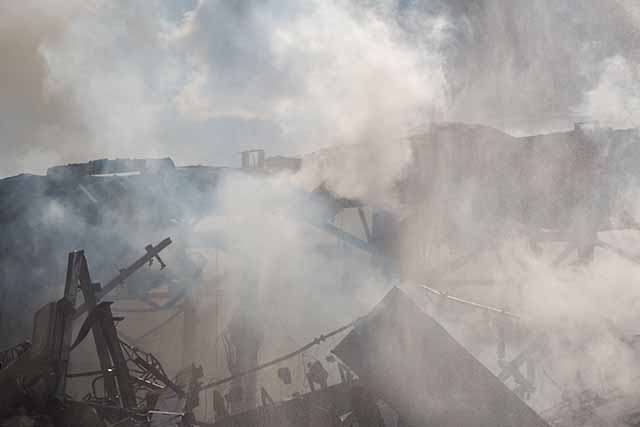 Man-made disasters can be divided into 3 categories:

Note that numerous organizations track disasters around the world. Not all of them use the same categories for man-made disasters.

For example, many groups do not include social disasters like warfare in their definitions of man-made disasters.

The Bhopal disaster in 1984 is considered the worst chemical spill in history. Forty-five tons of the chemical methyl isocyanate leaked from an insecticide plant owned by Union Carbide. Thousands of people were killed immediately from exposure to the gas, and panic ensued as people attempted to flee. An estimated 15,000 to 20,000 people died and many more suffered long-term health complications.

Outside of the developing world, structural collapse disasters are rare. However, they still do happen. The recent collapse of the Surfside Condominium in Florida shows that these disasters can and do occur: 98 people died when the 12-story tower collapsed.

The most significant case of drinking water contamination occurred in Bangladesh. The water sources were contaminated with arsenic, poisoning upwards of 100 million people in the region. The Flint Water Crisis exposed over 100,000 people to lead in the USA. Many children experienced brain damage as a result.

Transport disasters include air, rail, road, and water vehicle accidents. These accidents are often too small to be considered disasters. However, there have been many situations where transport accidents led to mass fatalities. Often, these accidents are a byproduct of a natural disaster, such as foggy conditions or icy roads.

While mining has gotten safer, accidents still occur. Miners may get trapped in collapsed mining tunnels, poisonous gas leaks, dust explosions, and many other dangers. 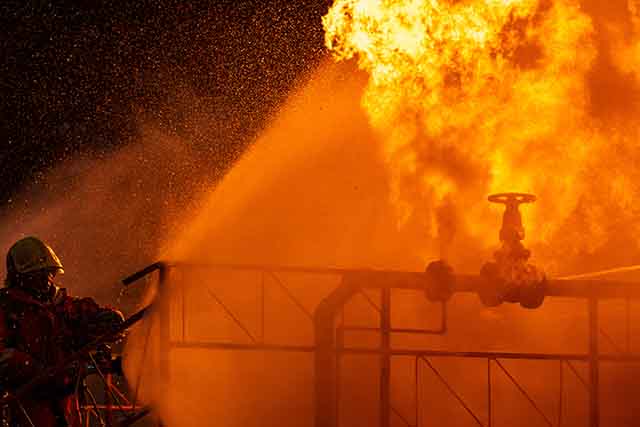 The largest non-nuclear explosion disaster occurred recently. In 2020, improperly stored nitrate stored exploded at the Port of Beirut. More than 200 people died, and 6,000 people were injured.

The Chornobyl accident is considered the worst nuclear disaster in history. An explosion and fire occurred due to poorly-trained staff using unsafe practices. Massive amounts of radioactive material were released into the air. Approximately 350,000 people had to be resettled, and the entire area contained.

People can be left without power for heating, cooling, or life-saving medical devices when the grid fails. Road accidents are also more likely on dark streets without working traffic signals. The 2021 Texas grid outage is one of the recent largest and most notorious grid failures.

However, large-scale grid outages are common and frequently occur around the world.

Read: How to Prepare for a Major Grid Outage 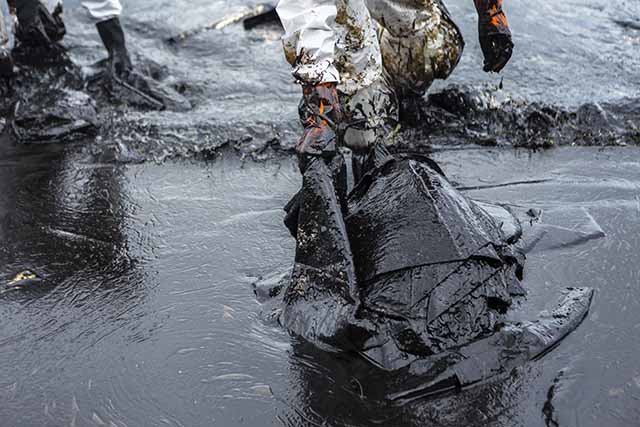 Oil spills don’t usually cause direct human death but can have a massive environmental toll.

The largest accidental oil spill in history is the 2010 BP Deepwater Horizon oil spill. Approximately 134 million gallons of oil were released and coated the Gulf Coast.

However, the largest oil spill was not an accident. In 1990, during their retreat from Kuwait, Saddam Hussein ordered Iraqi troops to release oil into Kuwait’s Sea Island terminal. It’s estimated that 380 to 520 million gallons of oil were intentionally spilled.

In the history of the United States, there have only been 15 years during which the country was not at war. Since WWII ended (the war to “end all wars”), there have been at least 285 armed conflicts.

The UN defines genocide as “acts committed with intent to destroy, in whole or in part, a national, ethnical, racial or religious group.” Some of the most recent genocides include:

Civil unrest disasters can include riots, strikes, and acts of mass disobedience. Throughout US history, there have been many incidences of civil unrest, including many which resulted in massive property damage and death. The 1991 LA riots were one of the worst in US history: 53 people were killed, and thousands were injured.

Hyperinflation occurs when people lose faith in their currency, and it loses value. During the hyperinflation in Yugoslavia in the 1990s, the currency lost value so quickly that people used their worthless money as wallpaper.

Terrorism has many definitions but is generally used to instill fear in the population. There are many forms of terrorism. These include:

The combination of panic and overcrowding can lead to stampedes. Numerous stampede events have risen to the status of man-made disasters. For example, 100 people died in the Station nightclub in Rhode Island when a fire broke out, and people rushed to leave the building.

Climate change is considered the “biggest threat” to modern humanity. If climate change goals are not met, researchers predict the widespread displacement of people, famine, and warfare for resources. Climate change also intensifies natural disasters like drought, wildfires, and hurricanes.

Deforestation is not always considered a disaster in its own right. However, deforestation can cause other disasters like landslides, mudslides, and flooding. Deforestation also causes habitat loss and increases global warming.