Can Humans Eat Grass In a Survival Situation?

There’s a reason you don’t see your neighbors out grazing their lawns, and it’s not because there’s a good restaurant around the corner.

Even though some of our ancestors survived on a predominantly grass-based diet, it’s generally accepted that humans lack both the necessary dentistry and digestive system to gain sufficient nourishment from grasses.

Having said that you’d have to have been under a rock somewhere not to have heard about the health benefits of eating wheatgrass.

There are around 12,000 different grass species in the world, of which only a few are toxic, so if the only restaurant available is a grassy hillock, could we humans survive and, if so, for how long?

Our digestive systems simply weren’t designed for this. Herbivores have a specific process, called rumination, that enables them to break down the grass’s high level of cellulose and access the nutrients trapped inside the grass.

Our single-stomached digestive systems aren’t capable of this, and nor do we produce enough saliva to facilitate the process of rumination.

Even if our stomachs managed to digest grass, our teeth would suffer, quickly wearing away as they attempted to grind their way through the large amount of silica contained in most grass species.

The third problem is nutrition. Grass has limited nutritional value, hence why herbivores spend between six and 16 hours a day eating. We literally wouldn’t have time to do anything but eat if we had to sustain ourselves on lawn grass.

Are There Any Types of Grass Can Humans Eat?

Despite this, some grass species are both easier to digest and contain more nutritional benefits.

To be fair, our diets already contain a variety of grasses.

You eat porridge, don’t you, and rice?

What about sugarcane and corn?

All these are made from grasses, even though we rarely eat the stem or leaf. Most of the nutritional benefits come from the seeds instead.

In a survival situation, you probably won’t spend hours harvesting tiny grass seeds that will only sustain you for short period.

Sure, you could collect the seeds and sprout them, thereby increasing their nutritional value, but that could also be challenging if you’re constantly on the move or have a limited water supply.

What about boiling grass?

Boiling grass can make more of the nutrients available to a human digestive system, but you’d still be looking at a daily intake of around eight pounds of greenery a day if you wanted to survive on the stuff. That’s the equivalent of approximately 4 to 5 medium-sized cabbages!

Despite our limitations, however, the abundance and diversity of grasses mean some types could form a crucial nutritional component to a survivalist diet.

10 Types of Nutritional Grasses That Humans Can Eat 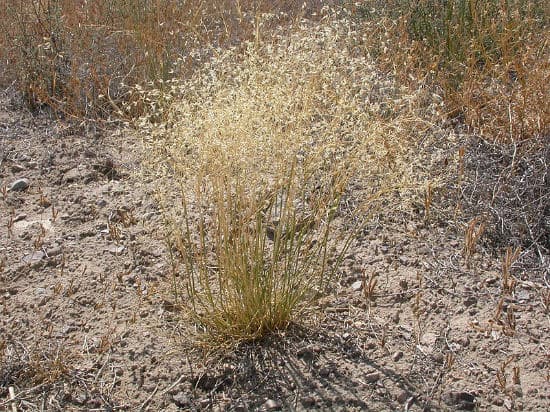 A type of natural gluten-free bunch grass that grows throughout the western and southern states of the USA, Indian ricegrass has long been included in the human diet as a source of both fiber and protein.

The seeds are easily harvested from a mature plant and can be either eaten raw, made into porridge, or crushed to make flour, from which you could make several types of survival bread. 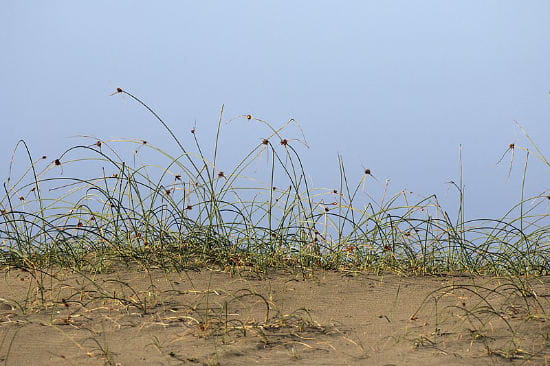 This invasive grass species is more often eradicated rather than harvested despite it having some nutritional and health benefits. It’s also used as both a diuretic and a stimulant to alleviate stomach problems.

Also known as sedge grass, nutgrass is considered “the world’s worst weed,” but, like many weeds, it’s also edible and even tasty.

The tubers are the most sought-after part of the grass and, depending on the type of nut or sedge grass you’ve found, has an almond-like flavor or, in the case of the purple nutsedge, an odd menthol one. 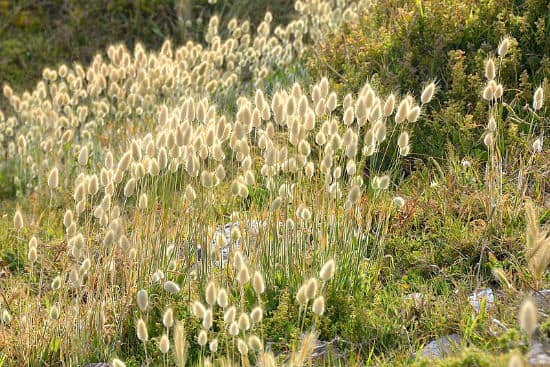 Easy to identify thanks to its foxtail-shaped seed head, you can find bristle grasses all over the world.

Some species of bristle grass, or Setaria, have even been transformed into commercial crops. In Asia, for example, foxtail millet is grown annually for human consumption and used to make sweet puri – a type of deep-fried bread.

Cattails also fall into the bristle grass category and not only provide sustenance, but also water and shelter. Known as “the supermarket of the wilds,” the new shoots of cattails provide a handy snack full of vitamins and essential minerals, like potassium and phosphorus. The roots are also edible when grilled, baked, or boiled. 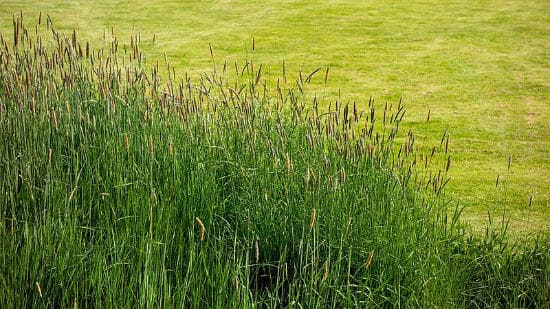 Introduced to the US in the 1700s, Timothy Grass is commonly grown as fodder for both cattle and horses, although the pollen has been recently used to develop a new treatment for hay fever.

Chewing on a blade of Timothy Grass may not give you a lot of nutritional benefits, but it has a mild, sweet flavor. Alternatively, you could dry and grind the grass stalks and gain some nourishment from drinking the resulting juice. 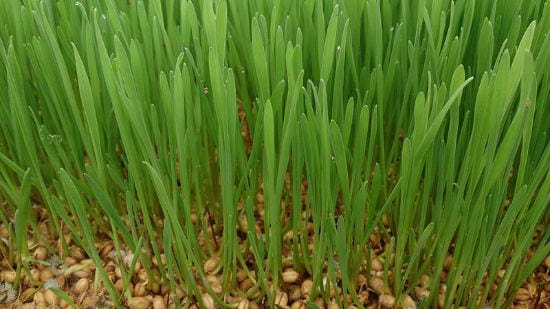 Wheat is grown throughout the world and is one of the most versatile plants on the planet. Fully grown, it is used to produce everything from beer to semolina. Wheatgrass is the young shoots of the wheat plant and contains an abundance of minerals, vitamins, and antioxidants.

Most people make smoothies or juices out of wheatgrass to get the most benefit from it, but if you were patient enough to harvest the seeds, you could make a variety of bread, pastries, pasta, and pizzas. 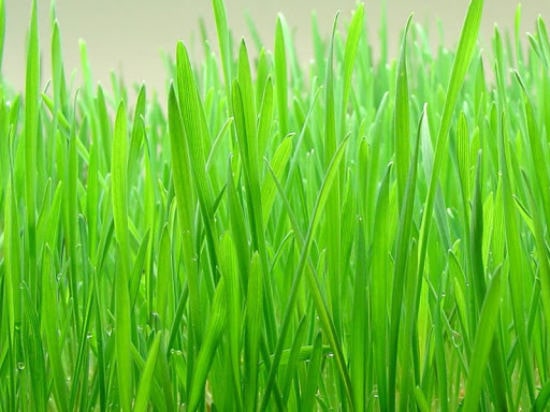 Much like wheatgrass, barley grass or barley greens are the first shoots on a new barley plant. A great source of dietary fiber, barley grass is also rich in antioxidants, calcium, and vitamins.

Most people consume barley grass in a liquid form as a juice or smoothie but, with a little ingenuity, some seeds, and a dash of honey, you could transform them into tasty, energy-boosting snacks. 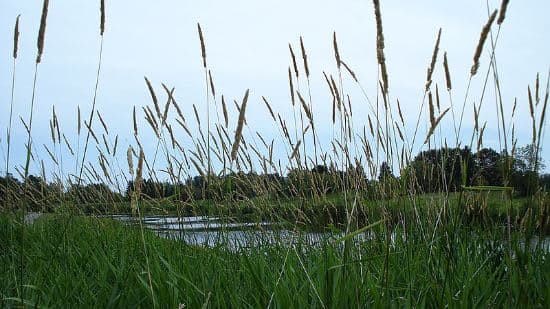 Unsurprisingly, canary grass is more commonly used as bird feed rather than for human consumption, but that’s not to say you couldn’t eat it if it was the only thing available.

The small seeds of the canary grass can be made into porridge or ground into flour. One popular way of getting the benefits of canary grass is by turning the seeds into milk, although you’re unlikely to take a blender into the wilderness with you!

Even the young leaves can be cooked and eaten like any other green vegetable.

Canary seed reduces blood pressure and cholesterol and can help you lose weight, although, in a survival situation, that probably won’t be your top priority. 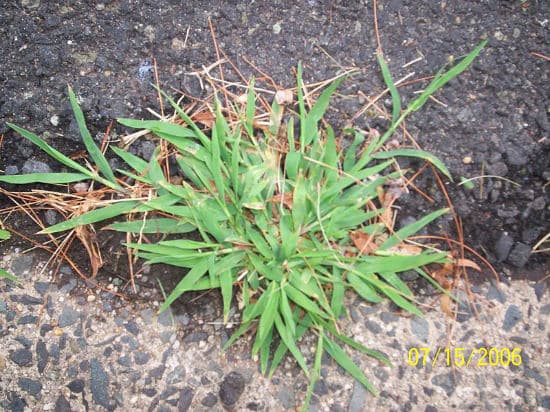 Loathed as weed and persecuted as an invasive plant, crabgrass was once king of all it grew on. Each plant produces around 150,000 nutritious seeds that can you can use to make couscous, flour, porridge, or just pop over the fire like popcorn.

You’ll even find recipes for crabgrass muffins if you look hard enough.

Not only is it edible, but it’s also got some handy medicinal benefits and has been used to treat a variety of issues, including cataracts and gonorrhea. 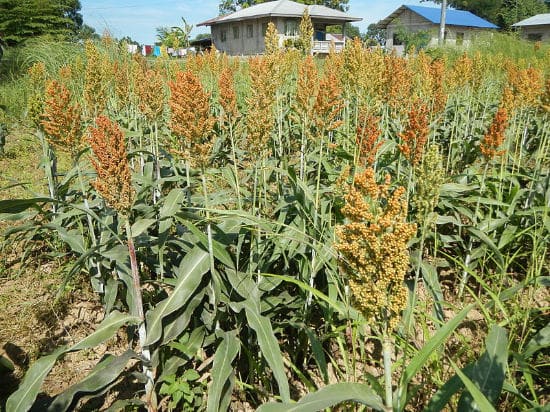 This flowering grass grows throughout the world and is considered one of the top five most nutritional grains in the world. Also known as Durra, or Egyptian Millet, sorghum is a nutrient-rich source of vitamins and minerals, as well as being a great source of protein.

Naturally gluten-free and highly versatile, sorghum can be boiled or toasted, made into porridge, or ground to produce flour.

It has a mild, slightly sweet taste and a light texture that works well when baked, although it doesn’t bestow that quality onto the world’s greatest survival food – hard tack. 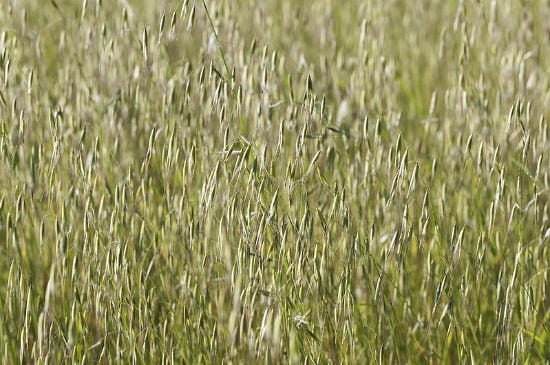 Easy to both identify and harvest, wild oats are a great survival food, full of fiber, protein, iron, and magnesium.

Like their domestic counterparts, wild oats can be used in sweet and savory dishes, eaten raw, or baked into traditional Scottish Bannocks. Ground into a meal, wild oats are easy to digest, whereas whole, they help reduce the risk of heart disease.

This is by no means a definitive list of all the edible grasses in the world, which also includes:

How Long Could We Survive on Grass?

It’s generally accepted that, provided you’ve got an ample supply of fresh water, you can survive without any food at all for up to 48 days. Throw a few handfuls of ground-up grass seeds into that water every day and you could keep going twice as long, depending on the species.

How To Identify Nutritional Grasses

Very few grasses are toxic unless they’ve been sprayed with pesticides and herbicides, so you’re unlikely to keel over and die after chewing on a seed. To be on the safe side, always try a little of any wild plant at a time and take any unpleasant flavor or reaction as a warning sign.

This handy little rhyme helps to differentiate between different types of edible grasses:

Grasses have knees where the leaves are found!”

How To Get The Most Nourishment Out of Grass

The most nutritional part of any grass is generally the seed, and the benefits packed inside these tiny kernels can be released either by chewing or grinding.

Ground seeds are the most useful as they can be added to water to create a type of porridge, or used to make survival bread and other delicacies.

Harvesting the leaves and stems is easier than collecting tiny seeds but not as nutritional. The best way to get some benefit out of these parts is to boil them in water and then strain them before drinking. Some grasses, like wheatgrass and crabgrass, however, can be boiled up and eaten like spinach.

Sprouting seeds is one of the best ways of releasing their superpowers and can be done easily enough, assuming you’ve got water and sunlight.

A diet made up only of grass won’t be enough to sustain you or give you the energy you need to survive. Incorporating some edible grasses into your wilderness diet does have its benefits, however, both in terms of health and nutrition.

Although our human digestive systems aren’t designed to process the high concentration of cellulose found in grass leaves and stems, the seeds are generally easier to digest and contain essential vitamins and nutrients.

Combined with other foraged plants, nuts, and fruits, some grass species can contribute to a surprisingly healthy diet that could keep you going for months.