Can You Eat Tree Bark, And Does It Have any Nutritional Value?

While my dogs seem to enjoy chewing wood, it’s not something that’s ever appealed to me.

In a survival situation, nuts, fruits, and leaves are a more appealing source of nutrition, but if you find yourself in the forest in mid-winter, chances are your pickings will be slim.

Most trees are seasonal, producing edible flowers and fruits only in spring and summer, but their bark is consistently available regardless of the season.

Whether you decide to fry up a few cambium strips in olive oil or grind some papery birch bark into flour, you won’t be the first person to try eating tree bark. The Adirondack Mountains were named after the tree-eating Native-American Algonquians.

Bark was also a staple of some Nordic indigenous cultures, and the Sami people of northern Sweden would mix ground pine bark with reindeer milk to create nutritious bread.

As pine trees grow nearly everywhere in North America, many survivalists first ask, “Can you eat pine bark?” to which the answer is a resounding yes.

But pine isn’t the only source of edible tree bark. There are a few other species that you should familiarize yourself with and learn how to harvest and prepare.

Some may not be particularly tasty but have medicinal qualities that make it worth trying to swallow at least a mouthful or two.

Also see our guide to the most useful trees. 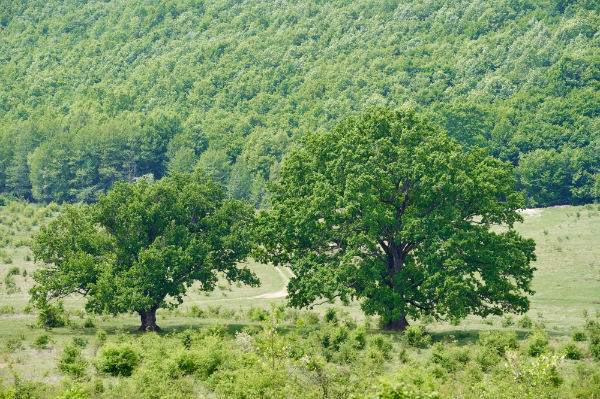 Oak bark has a long list of benefits and uses, ranging from treating digestive disorders to curing acne.

Best harvested in the spring, the layer of bark you should be aiming for is the cambium – the inner layer of the bark that is both tender and nutritious.

The tough outer bark is unappetizing and about as pleasant to eat as Katsuobushi – a Japanese delicacy that has earned the reputation of being “the hardest food in the world” and resembles a lump of old wood.

Eaten raw oak bark won’t do you any harm, but it may make your jaw ache a bit after a while. A better and more common approach is to dry and grind it into a type of flour.

Oak bark can also be made into a medicinal tea but if you feel like experimenting with solid food, why not try this recipe for a “fine” rice porridge instead?

Published in the 1573 household cookery-medicine book, The treasurie of hidden secrets, by John Partridge, it’s hard to say if this was a winner amongst the “good-huswives” of the day!

Boil the bark in the water, along with the hulled almonds and rice. 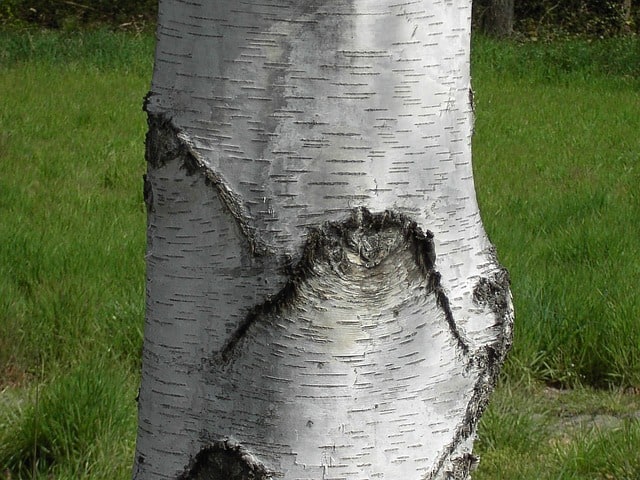 Unlike oak bark which is something of an acquired taste, the inner bark of the white birch tree has a woody aroma and a faintly minty flavor, not unlike wintergreen.

This layer of bark, also known as the phloem, has a slightly bitter taste but is relatively nutritious and can, when combined with wheat or rye flour, be made into bread or even shortbread-style cookies.

It’s not only the bark of the white birch that is edible, but the black, paper, sweet, and yellow varieties are also safe to eat.

Birch bark has anti-inflammatory properties and can be made into a tea to treat arthritis, eczema, stiff joints, and sore muscles.

Birch bark is surprisingly versatile and can be cut into thin slices and eaten raw, shredded into strips, and boiled into a type of birch spaghetti, brewed into tea, or beaten into a powder and added to soups and bread.

If you’re feeling really adventurous, you could even try brewing a batch of birch beer. 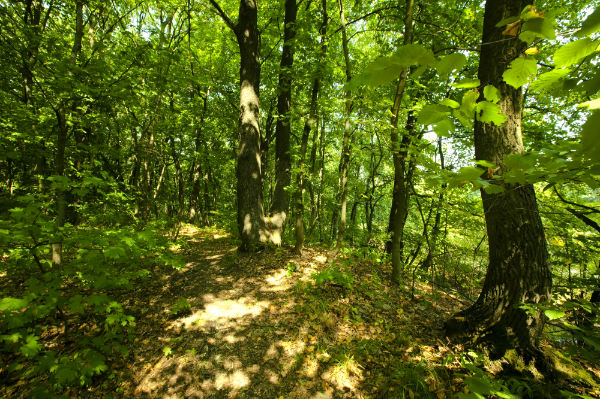 There are few people in the world not aware of the delights of a plate of pancakes drizzled with maple syrup; many of us overlook the other parts of this edible tree. The seeds, bark, young buds, and blossoms are all edible and have a sweet flavor.

The cambium layer of the maple tree’s bark can be dried, roasted, or ground into flour. As this is the layer responsible for transporting the sap up and down the tree, it also has a slightly sweet taste.

You can also make a decoction from the bark of the maple tree that, thanks to its expectorant properties, can be used to treat coughs and alleviate the build-up of phlegm in the lungs. 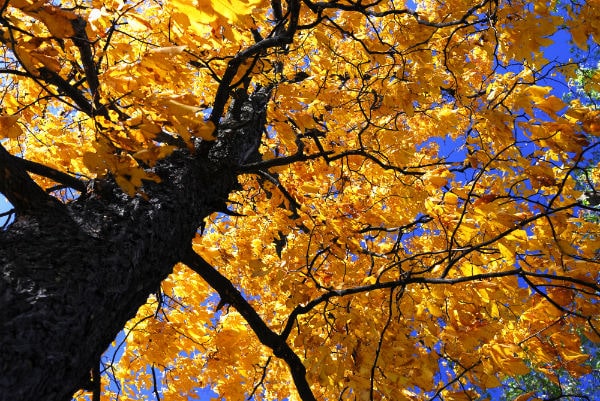 In addition to having an abundance of medicinal uses, the Slippery Elm also has a fragrant inner bark that can be eaten raw or boiled. Although sticky, the bark is surprisingly nutritious and, like the maple, slightly sweet.

You can also use the bark to make a thick, slippery decoction to treat stomach pain and digestive problems or combine it with honey, carob powder, cinnamon, and vanilla extract to make a batch of soothing cough drops.

A more nutritious way of eating the bark of the Slippery Elm is by mixing it with bananas and milk to make an energy-boosting breakfast smoothie. 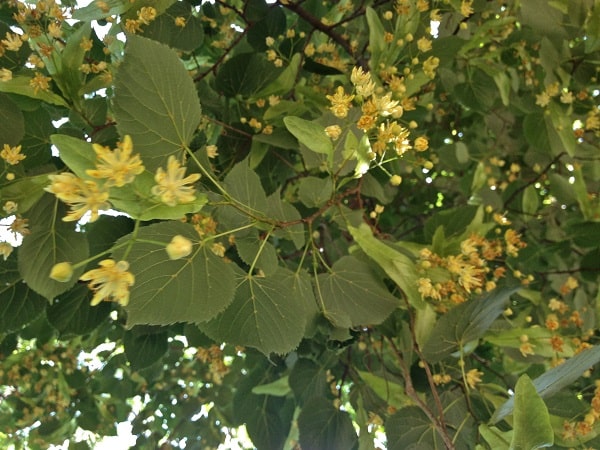 Although the bark of the American Basswood was traditionally used to make bags, belts, baskets, and ropes, the cambium layer is both nutritious and tasty. When harvested in spring, the bark is moist and tastes a little like cucumber.

You can add basswood bark to soups and stews or even eat it raw off the tree, although this method is neither as nourishing nor as palatable. Linden bark can also be dried and ground into flour for making survival bread. 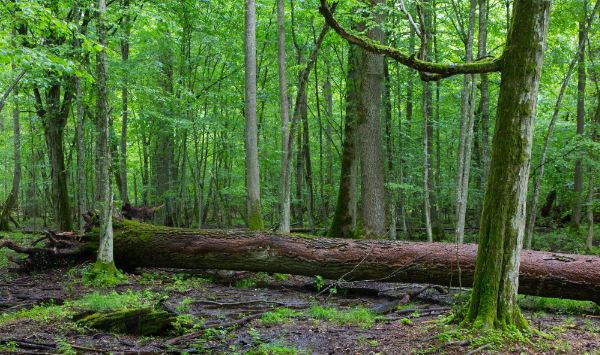 Although endangered, there are many varieties of ash trees throughout North America, with the green and white ash being the most common.

Almost every part of the ash tree is edible, including the leaves, fruits, sap, and bark. You can also dry the bark and mix it with boiling water to create a tonic to treat arthritis, fever, constipation, fluid retention, and a range of other health issues. 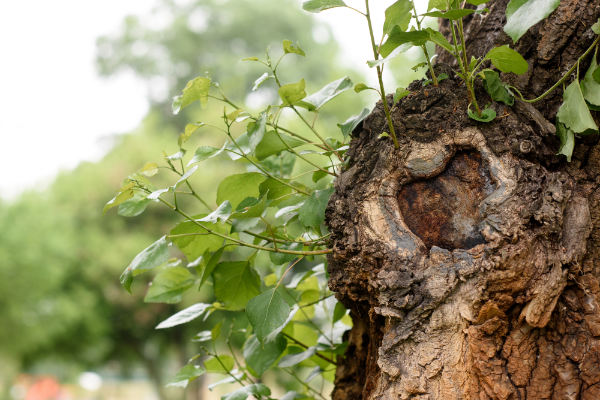 There are several species of poplar with edible bark, including the Balsam and the Quaking, all of which can give a weary survivalist a much-needed energy boost. Although generally quite bitter, the inner bark can be peeled and eaten raw and, as it forms the food transportation system for the tree, is sweetened by the sap.

Quaking Poplars also have a white powder on the outside of the bark that, due to its high level of natural yeast, can be used as a fermenter to make yeast or a sourdough bread mix.

In addition to its culinary uses, the poplar has a wide range of medicinal qualities. You can make a pain-relieving tea using the inner bark, while the white powder on the outer bark doubles up as an effective sunscreen. 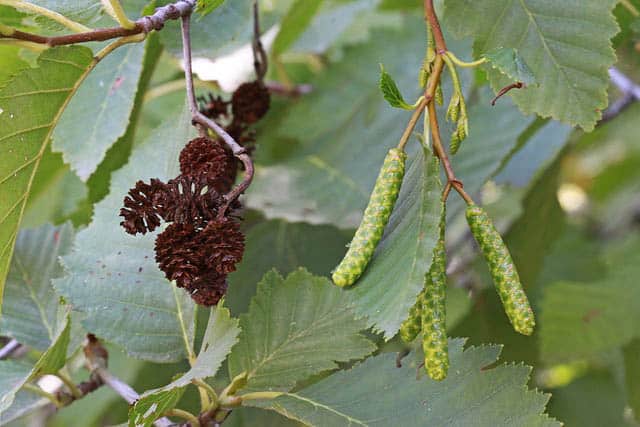 This native tree has long been used for both culinary and medicinal purposes. The bark must be dried before eating, as the fresh bark causes vomiting. Once dried, however, the bark can be used to thicken soups and mixed with cereals to make bread.

Although the catkins of the male Red Alder contain more protein than the bark, “Native American and First Nations Peoples historically ate the inner bark of alder” as well, particularly in springtime.

Traditionally, a tea made from Red Alder bark has been used as an appetizer and tonic to reduce fever and is known for its ability to soothe inflammation, fight infection, and promote healing. 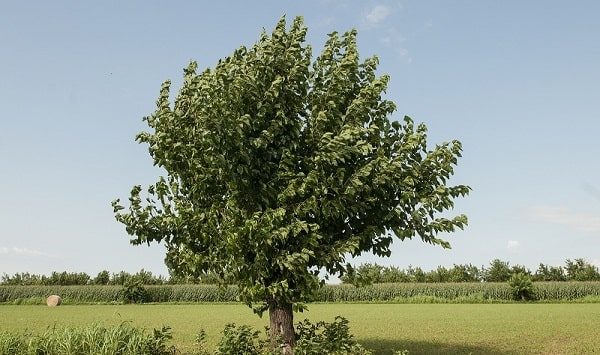 Although the unripe berries and white sap of both the red and white mulberry are mildly toxic, the bark is edible, as are the young, unopened leaves. I even managed to find a recipe for Soaked Mulberry bark, but when I got to the “stir until Doomsday” instruction, I started to doubt its value!

While Mulberry leaves are more beneficial, with their high levels of calcium, carotene, and protein, the inner bark also has its uses and “can be roasted and ground” and then added as a thickener or as a flour substitute. 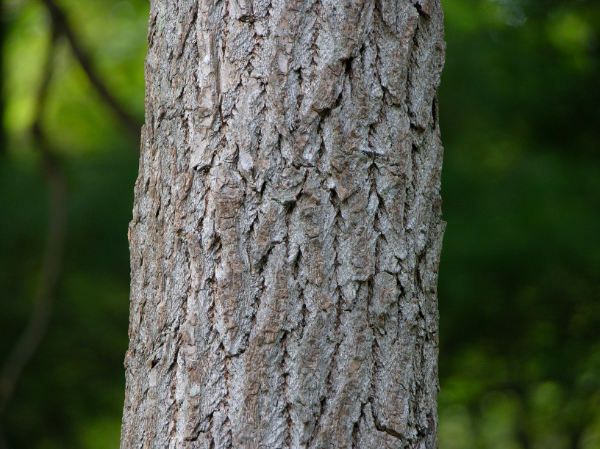 Although the bark of the sassafras tree is rarely eaten, the bark of the roots is pleasantly fragrant and has been widely used to make tea and flavor root beer. Traditionally, it was also used to add flavor to baked products and to thicken soups, adding a spicy, almost citrus-like zing.

In 1979, however, the U.S. Food and Drug Administration banned the use of sassafras bark as a flavoring after research showed its high safrole content caused cancer in rats. In a survival situation, however, it might be worth the risk. 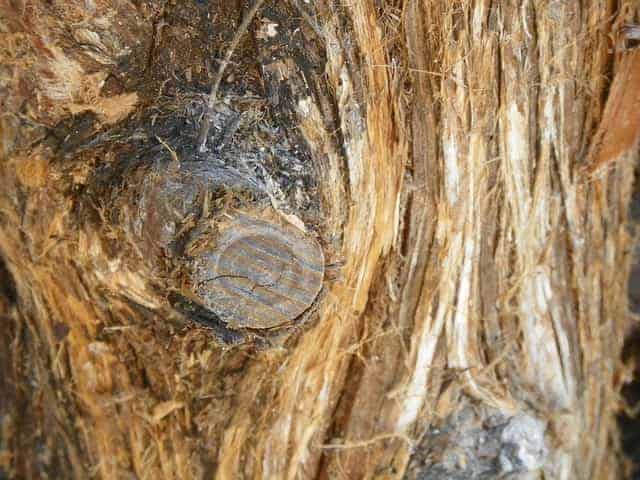 You can get a nutritious meal out of the bark of two types of cedar trees – the western red cedar and the eastern white cedar. Both these species were used by Native Americans as emergency food. Once dried, harvested, and ground, the powdered cedar bark could be easily transported and added to bread and soups.

Barking Up The Right Tree With Some Frequently Asked Questions

How do you harvest tree bark?

Removing the bark from a living tree can expose it to potential infections or kill it altogether, so it’s important you do it properly. Our article on harvesting and eating pine bark has some useful tips if you’re new to bark eating. It also gives an overview of how to prepare edible tree bark and turn it into a culinary delicacy.

Is there nutrition in tree bark?

Although the level of nutrition in tree bark varies according to species, soil, season, and a few other factors, you should get around 500 to 600 calories per pound of bark. It may not be the most mouth-watering meal you’ve ever sat down to, but it will give you many of the minerals, vitamins, fiber, and digestible starches you need to survive.

Although the texture of tree bark can be a bit woody, if you harvest the inner layer or cambium, it often tastes slightly sweet due to the sap content. While some tree bark might be rather more bitter, like the birch, for example, others have a more spicy flavor, and still others a faintly minty taste.

Seeds, berries, leaves, and even grass, may seem more palatable than bark, but the inner bark of many species is surprisingly sweet and nutritious so it’s well worth including on your menu.

Many tree species with edible bark also have medicinal properties and can be used for other purposes, including making ropes and constructing shelters and tools, making them a survivalist’s best friend.