As a member of the prepper and survivalist community, I know how popular guns are and how important they are as part of your survival plan.  Many people are taking the step of stockpiling guns and ammo for when SHTF…

But I’ll also warn you against relying so heavily on your gun!

While a firearm might be a great weapon, it isn’t perfect.

With this in mind, here are some good gun alternatives for urban survival if SHTF!

I personally consider this the best gun alternative for urban survival.  The reason why pepper spray is such a great weapon is because it requires virtually no skill or strength to use.

My wife, who is barely 5 feet tall and very petite, once debilitated an attacker with pepper spray even though he was twice her size.  Yes, she is trained in self-defense tactics and might have been able to land a good kick to the groin, but why risk it when she had pepper spray to stop him in his tracks? 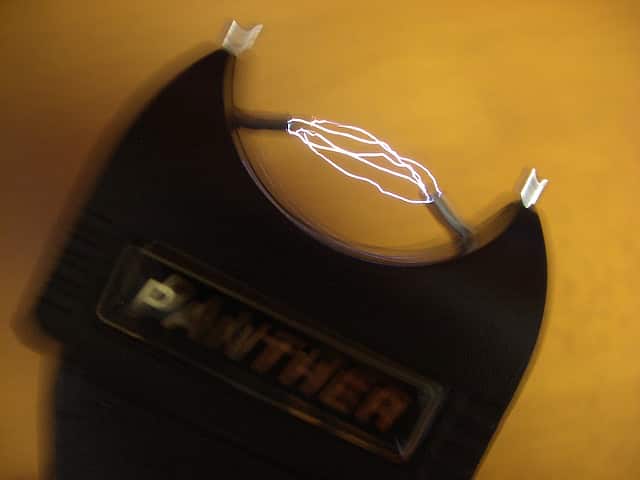 Like pepper spray, a stun gun (Amazon link) is a great weapon because it requires little skill to operate and is non-lethal.

The major issue is that you’ve got to be close to your attacker to use it.

There are projectile stun guns that give you a bigger range, but then you run the risk of missing the attacker and being left defenseless.

A stun gun also isn’t effective if there are multiple attackers.

Another issue with stun guns is that they could be destroyed in an EMP attack (which would destroy all electronics).

However, if you just need a backup to your gun or live in a bad neighborhood, then a stun gun is worth considering.

For a dual-purpose piece of kit, you could also consider a stun gun flashlight.

The reason a knife is a good weapon choice is that it serves multiple purposes.

Not only will your knife provide protection, but it can be used for skinning animals, digging holes, prepping food, splitting wood, and much more. (Read How to Choose the Perfect Survival Knife here)

In pretty much every movie where a knife is used as a weapon, you will see the character wielding a huge Rambo-style knife.  These might look intimidating, but it is probably better to get a smaller and less-conspicuous knife.

It takes a lot of skill to use a knife as a self-defense weapon.  I’d recommend taking a good self-defense course where they teach knife fighting skills.

The biggest draw of using a club for self-defense is that it looks scary as hell.  An attacker is going to think twice before coming at you if you are wielding a huge, scary club!

Of course, this could always backfire too.  You might get attacked specifically because you have a club – thus making it seem like you’ve got something worth stealing.

For something a little more discreet you can carry these items in plain sight.

If looking intimidating is the goal, then forget about a standard club and opt for a mace instead. It has the same head-bashing leverage of a club but spikes sticking out of the end for maximum damage.

I admit that I feel queasy about the idea of using a mace for self-defense.  I do NOT want to see someone’s brains splattered all over the pavement!  What if my daughter was watching?  Would she be able to get over the trauma of that?

But, when your very life is at risk, you’ll do what it takes to survive.

It is pretty easy to make your own mace. Just get a sturdy board and hammer some long nails into the end.  Here are some more DIY survival weapons that are scary as hell.

An axe also tops my personal list of best gun alternatives. It isn’t just because axes look intimidating as hell when you carry them around.

The reason I like axes is that they are multi-purpose.  You can use an axe for breaking down doors, building a survival shelter, getting wood for a fire, and much more.

If you watch Japanese and Chinese martial arts movies, then you’ve probably seen a chain whip before.  The person will spin the chain whip around them to build up momentum and then flail it out towards the attacker.

In some of the really awesome movie scenes, the chain doesn’t just inflict harm from its momentum.  It also wraps around the attacker to subdue him.

In real life, it is a lot harder than this to use a chain as a weapon.  You’ll need a lot of martial arts training.

However, if SHTF and you find yourself roaming the city without a weapon, a long piece of chain is better than nothing.  You can use it to lash out at attackers from a distance.  Or just scare the crap out of them by spinning the chain around. They’ll think twice before attacking you!

Your Bare Hands and Wits

Finally, don’t underestimate how much damage you can do with your bare hands and a clear head.  No weapon will protect you if you react to danger like a deer in headlights.

I highly recommend taking a self defense course or practicing self defense tactics like Krav Maga.  You’ll get in shape and up your defense level at once.

What do you think is the best gun alternative for urban survival? Let us know in the comments or join us in our Facebook community!